Upcoming event: There are currently no events in the announcements! 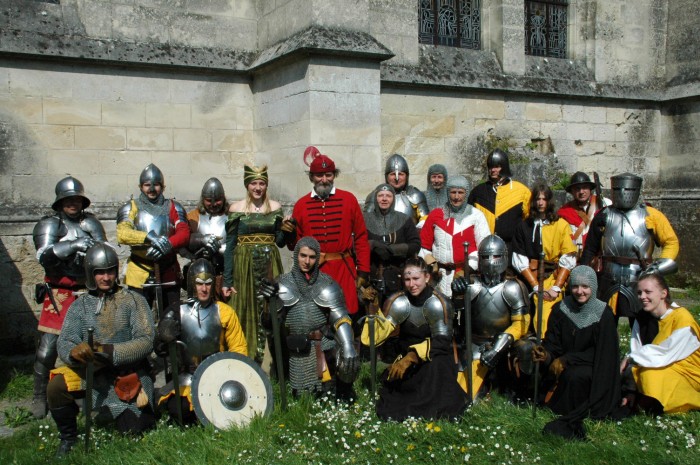 The association has a rich medieval camp with a dozen tents and shades and a lot of medieval equipment. With this cam they are a welcome sight at the numerous medieval reenacting events in Croatia, but around other parts of Europe as well. For the purposes of battle and siege reenactions they use a portable wooden palisade and a good number of various medieval siege engines, which were made by the members themselves. Among the functional siege engines we have three cathapults, a balista, a trebuchete, two battering rams, armored war carts and a couple of cannons.

Throughout the entire year the members participate at a lot of different tournaments and festivals. In May each year they organize the International knights' tournament Sveta Helena, which is organized to remember the great victory over the Turks, which happened in 1557 on a field in Sveta Helena. It is organized each year since 2007, and has become the biggest event of its kind in Croatia.

The special chalenge for the association is the organization of reenactments of historical events and battles at the original places in Croatia and abroad.

The association cooperates with about 50 other historical groups, societies and associations in Croatia and abroad.

The International knights' tournament of the Knights of Zelingrad

The International knights' tournament of the Knights of Zelingrad will be held this year at a new time, in the period 1.-3.7.2016!